This month we feature new work from the five finalists for the 2012 Omnidawn Open Contest:


From rural New Mexico, a privately contracted, aerial staging ground reports back on its protracted rounds
of bombardment trainings. They sustain a “damage log” which manages, through protective goggles,
to record the following incidents:

RESULTS 2: Part of a mine barrage?

RESULTS 3: A bit of barraging.
One hit to the left quarters.

RESULTS 8: All data tossed. Lost a hat. Lost it.

RESULTS 11: Full view of barrager. The blue shoes.
The nosebleeds.

Regardless of how overstood
And irrespective of the consequences

You nonetheless too often found yourself locked in sequence
with the “arrangement” itself
which changed your orientation or, more unfortunately, became it

Upon encountering all the usual modes of admonition, exhortation,
and discipline, we lined up.

Despite the supple diversity of our gradations of non-cooperation in counter
we could mount our opposition only so far on each given day, provided
we were to stay living – alive in the scheme of things.

RESULTS 13: Barraged until ringing. Until pitted to fit. Cratered with holes.

Emily Abendroth is a writer and teacher currently residing in Philadelphia. Her print publications include the chapbooks: NOTWITHSTANDING shoring, FLUMMOX (Little Red Leaves), Exclosures 1-8 (Albion Press), Property : None (a multimedia broadside project from Taproot Editions), 3 Exclosures (Zumbar Press) and Toward Eadward Forward (horse less press). An extended excerpt from her piece “Muzzle Blast Dander” can be found in Refuge/Refugee (Chain Links, Vol 3). She is the recipient of a 2013 Pew Fellowship in Poetry.


from by the book

you cannot write about a life that is not yours
unless you determine your factor of resistance
:
desire broke up the countenance party and transformed to whitish clay
:
Cluj, a city far away, Arad not closer in this globe-light
:
what is nearer is the unmentionable traffic
:
the terrain of interloping interference, which breaks due
process of one bird-egg-nest, robin-cracked, blue-shell
:
I have never come from anywhere but the middle of a country
:
saying ‘middle’      :      meant ‘outside’
:
peering down a lane of slate and shale, this built, this mortared thing
:
outside a lake, the demon of history, one premonition of future
precipice, a copse of arching willows
:
the demon drinks the lake as if the crisp blue
water bespoke the sweetness of an indefatigable text
:
visions of the future prevail
:
past elucidation of what is not just, are parts, is the pestle 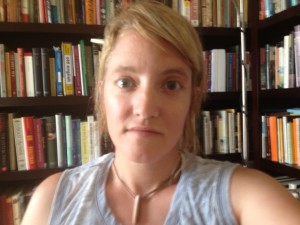 Jenny Drai’s work has appeared in American Letters and Commentary, Court Green, Handsome, Jellyfish, Parthenon West Review, and the Volta, among other journals, as well as in the Calaveras Chapbook Series and in phrases / fragments: an anthology (Sustenance Press). A chapbook, The New Sorrow is Less than the Old Sorrow, is forthcoming from Black Lawrence Press, and she has been a finalist in the Sawtooth Prize from Ahsahta Press and the Subito Press Book Prize. She has lived all over the place but currently resides in Oxnard, California, where she is finishing up a novel.

than cracks from creases


EMANATION OF THE SOUL

the lot of pines
in furrowed rows


These poems and others are forthcoming in REMOTES (Little Red Leaves, textile series, 2013) 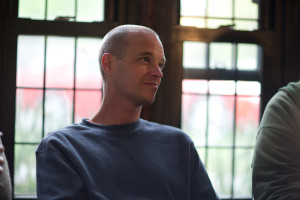 Craig Dworkin is the author of five books of poetry, including Motes (Roof Books) and The Perverse Library (Information as Material), and the editor of five collections, including The Sound of Poetry / The Poetry of Sound (U. Chicago Press, with Marjorie Perloff) and Against Expression: An Anthology of Conceptual Writing (Northwestern UP, with Kenneth Goldsmith). He teaches literature at the University of Utah and serves as Senior Editor to Eclipse.

from the water, and with each
a shiny, dying skin—the salt,
the blood,

Here, men
bit off each others’ noses, each other’s ribs and skulls,
opened each other

with hatches and knives.  Fell into the fire and water—

I lift the warm corpse from the steel trap,
turn it over and grip its head in my palm.
The skin slips off the muscle easily, but the light,
rough tail will not part with the bone; I pull down

build a small fire and chew the torn meat off the bone, 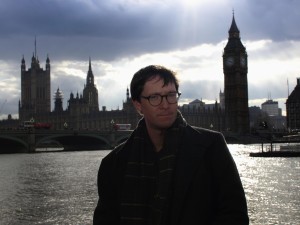 Brandon Lussier’s poems and translations have been published or are forthcoming in North American Review, Harvard Review, Virginia Quarterly Review, and elsewhere. He is a senior editor of The California Journal of Poetics and works at Trinity College in Hartford, Connecticut.

From the Minister of the Cabinet of Ordinary Affairs

every day, dogs re-bark their grievances

The cabinet becomes            a place for filling emptinesses

—you must eat something

a body in a wake

It sprouts in you
a cypress
with high branches            dropping needles

—your fist on the glass

raw as a mineral

Out at the raincloud:

is full
of glass 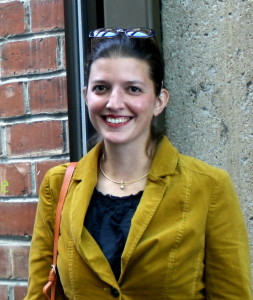 Stephanie Ellis Schlaifer is originally from Atlanta, GA, and works as an artist and freelance editor in St. Louis, Missouri where she co-curates the Observable Readings series. She has a BFA and BA from Washington University in St. Louis and an MFA in poetry from the Iowa Writers’ Workshop. Her poems have appeared numerous journals, including Verse, Colorado Review, Chicago Review, Cimarron Review, Fence, and Verse Daily. Her manuscript, Clarkston Street Polaroids, has been a finalist for the Omnidawn Open Competition, the Burnside Review Prize, the Colorado Prize for Poetry, the Tupelo Press First/Second Book Award, and the Beatrice Hawley Award from Alice James Books, among others. Stephanie is a compulsive baker and is also very handy with a pitchfork.