Poets, Presses & Periodicals is a regular feature of OmniVerse, created and curated by Sara Mumolo: a conversation with the publisher of a small press or periodical, a poet they have chosen to highlight, and one of our OmniVerse staff writers.

In this installment a poem and audio recording of the featured poet, Patrick Culliton, follows the conversation. 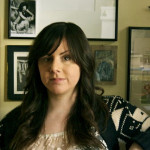 Sara Mumolo is the Program Manager for the MFA Program in Creative Writing at Saint Mary’s College of CA. She curated the Studio One Reading Series from 2008-2012 and co-edits Calaveras with Alisa Heinzman. Her first collection of poems, Mortar, is forthcoming from Omnidawn in fall 2013. 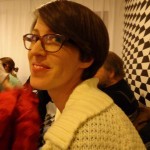 Alisa Heinzman works for a translation company and lives in Nebraska with Jake Gillespie. She co-edits Octopus Books with Mathias Svalina and Zachary Schomburg and Hajara Quinn, and co-edits the chapbook series Calaveras with Sara Mumolo. 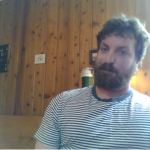 Patrick Culliton is a small blue sock from Ohio. He is the author of the chapbooks Hornet Homily (Octopus Books) and Horse Ballast (Pavement Saw Press).

Sara Mumolo: You’ve worked on Octopus Books for years, as well as on the chapbook project we sometimes compile together, Calaveras. Do your editorial duties foster a sensitivity to the effects of reception of a given work? How might that kind of sensitivity affect your written practice, if it does?

Alisa Heinzman: This is something I’ve never considered in quite this way. Maybe I’ll try to begin from a ways away and work my way back. When I think about publishing poems in books or on websites, the physical books and sites are secondary. Probably in part because I’m not good at design. So, first comes the poem reading and loving and choosing, and second comes the way in which they will be published. I don’t think I’ve ever thought, is this poem worth the publishing work? The work was always a given, even if it was vague. You know what I mean? So the reception of a poem, how I receive it as a recreational reader or an editor, isn’t terribly different, I guess. And I wouldn’t expect my poems to be read by editors in a terribly different way than they’re read by my friends. One thing about poetry not making any money is that the question of is this marketable isn’t a huge deal. The question we get to ask is, which of these awesome things? I would probably think differently if I could buy a McMansion with poetry, or even pay my student loans with it. The exception being when a more established writer gives poems to a new press or series to, at least in part, bring them some attention as Rusty did with Calaveras. That’s just truly kind and reinforces my already strong sense of a supportive poetic community.

When we have our April open reading period at Octopus Books it’s so overwhelming and also wonderful. I want to thank every submitter as a person from me as a person, and I’d like to imagine that other editors feel the same way when they’re reading submissions. Rejection feels less huge, in part because I send rejection emails to amazing poets and dear friends.

Did I answer this question at all? I triple-read submissions guidelines!

SM: That’s a great answer. Can you talk about how your time in different areas of the country (Nebraska, California, Chicago and then back to Nebraska) influenced your editorial approach? Do you think the many networks of poets & editors has impacted your own writing practice & your general perspective on different poetic economies and geographies?

AH: Yes, I’m sure it has. Each of these places has been full of the most amazing people. Because of the excellent internet, of course, we’re not stuck only with the people living nearest to us, it’s just the people nearest are easiest to drink beers with.

I think I’ve enmeshed myself in a few networks of poets, at least in part, because it’s possible. Mathias Svalina was my very first friend who was really interested in poetry. Through knowing him, and starting to help out with a reading series he co-ran with Zach Schomburg in Lincoln, NE, I began to see how accessible the poetry community could be. Then I got involved with the undergraduate literary magazine at the University of Nebraska, I was an intern at the Prairie Schooner, and I started helping with Octopus Magazine and Octopus Books, and these were just my favorite things. At Saint Mary’s in California I met some of my favorite people of my life and worked on the graduate magazine and then started Calaveras with you. Each of these editorial projects naturally came from the places and the people in them, and each has an aesthetic particular to those things. I found out that quite often, if you write to someone who seems poetry-famous to you, they will actually write you back. If anyone wants to be involved in a reading series or small press publication, there’s a pretty good chance people working on it will accept your help. It’s a beautiful thing to have access to communities like these and I hope I will always be changed by my communities.

When I think of a poetic economy, I think of an economy that runs on love for the most part. My friends Mike Knott and Paul Clark were recently saying they like to imagine a world in which poems are the currency, in which you might get mugged for a bag of poems. This is the opposite of the actual poetic economy.

SM: My apartment was recently broken into a few months ago, though I had nothing of real value inside. I thought to myself: I really hope my first edition Frank O’Hara is still on the shelf, and I went to it. Of course, it was still there, untouched, but my old desktop mac computer was gone. The gift economy of the poetic community is really an economy specific to this kind of writing. We go to each other’s reading series and drop in the suggested donations; we donate to each other’s presses and tours. I wonder if taking the advance away from the writer has in some way acted as a catalyst for this sort of exchange—we’re all each other’s buoys.

Can you introduce us to your author pick for this interview, someone you’ve worked with in your capacity as Editor with Octopus?

AH: Oh that’s awful, I remember that computer! I’m so sorry it’s gone. The idea that we’re all each other’s buoys is gorgeous, and I absolutely want to believe that it’s true.

Patrick, in “Hornet Homily,” as well as some of your other poems, I’ve often noticed a rural palette. I’m not sure rural is the right word. The poems aren’t located in a specific/identified place, but the first stanza of HH contains the following words: cow, knit, thread, preach, garden. This continues, but these things don’t build to a tranquil or idealized rural environment, they’re more tangible and sometimes brassy. Are you from a small place? What do you think about the physical location of a person writing poems and the poems they end up writing? Is there a particular type of place your mind tends to build when you’re writing poems?

Patrick Culliton: First off, thanks to you and Sara for asking me to be a part of this.

I grew up in South Euclid, Ohio, which is a neighborhood on the east side of Cleveland. It is not rural, but I have since lived in rural Ohio, on the coast of North Carolina, and now Chicago. For me, the physical location I live in doesn’t matter and is often far from my mind while writing. I have noticed that the places I’ve lived previously to the place I’m currently living will come to the fore on occasion, though I’ve not thought too much about why. I know that I favor more natural settings and figure that’s why the poems tend to go there, too, at times, at least for imagery. Aside from one garage where I’ve had some great writing sessions, I find no importance in where I write other than where I’m writing, which is typically at my desk at home or into my phone if I’m out and about.

I swear I read somewhere that Wallace Stevens never went to Florida, yet many of his poems would lead you to believe otherwise. I just checked the internet, so this has to be true, and he did, in fact, vacation in Key West. He also hurt his hand punching Hemingway in the jaw, which is the greatest thing I’ve learned in recent memory. Regardless, for the past fifteen or so years I have believed and taken such enthusiastic comfort in that act of imagination, which, it turns out, was possibly an act of my own imagination. Maybe I’m confusing him with someone else’s story? Whatever the case, as far as “place” goes, I try to conflate as many of the places I’ve been until a wholly imagined one emerges. Then I populate it with my fears, anxieties, and, far less often, triumphs.

The tree looks peaked
from a day of meetings.

The tree longs to not long to
shake its tambourine

in a bar band.
The tree can’t fight the image

of an escort, done for the day,
slipping bills into his sock

whenever the sky opens
the encyclopedia to rafts.

That money soaks but spends.
It floats in the same cloud,

badge among badges.
The tree tries to draw

the rooster it’s just a feather on.
That is its crossword puzzle.