Sometimes even now I get this feeling

riding in the back of a small truck, covered wagon, ruched aperture to night sky, repurposed army truck, 2 am and I’m bouncing with a half dozen other hitchhikers, transient, youthful, with the soi-disant lorry driver away from the Calais ferry dock en route to Paris, overnight. To arrive at dawn. I’m traveling alone and I don’t speak the language, much. The ferry ride was rough and fluorescently lit in the cargo hold where we rode. The truck is dark and silent, jostling over ruts—no one chats. I just look out the back
the back of the truck
into dark road disappearing behind
watching it grow lighter
in my watching
my youthful
limited—only so much of it has happened

That’s when it began

point on a curve brakes

fail and the truck, its passengers plowed
guardrail and ravine and all
summarily
in the wreck. 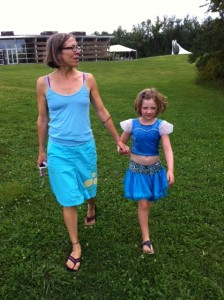 Rebecca Wolff is the author of three books of poems, including Figment and The King, and a novel, The Beginners. She is working on more books right now, including a book of poems called One Morning– and a novel called A Cinch, and the books of others, which she publishes through her press Fence Books. She is the editor of Fence, a biannual literary journal, and the publisher of The Constant Critic. She is a fellow at the New York State Writers Institute at UALbany, which institution helps make all of this possible.