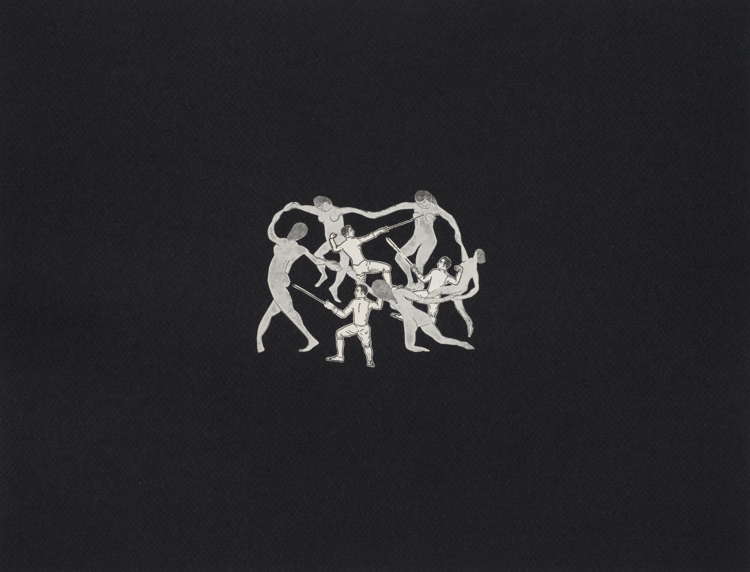 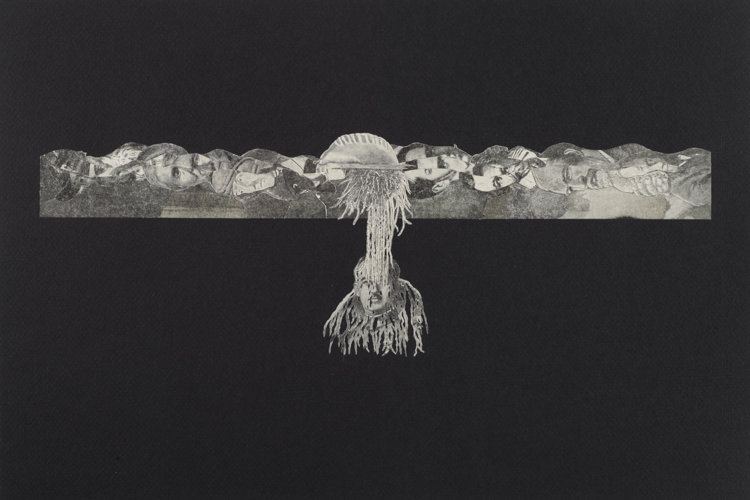 Mel Chin’s installation artwork “The Funk & Wag from A to Z” extracts and reconfigures images from all 25 volumes of the Funk & Wagnall’s Universal Standard Encyclopedia from the years of 1953-1956 to create new historical and social contexts in a Surrealist series of black-and-white collages that constitute a large-scale, temporally disorienting panoramic assemblage taken from the photogravure illustrations that accompanied the entries in the encyclopedia. Poet and memoirist Nick Flynn, along with Chin, commissioned a number of contemporary poets to respond to this artwork for a forthcoming oversize art book from Yale University Press. I was given Volume #20 to work from which ran from the subject of “Revivals” to “Schopenhauer.” Intrigued by Chin’s process of photomontage, I decided to take the images from this selection as a starting point, threading connections between the various subjects explored in this particular stratum of the encyclopedia with a meta-awareness of the process of collage as part of my compositional strategy. Taking a cue from the unexpected juxtapositions from the volume, Saturn and the Sabine women, Ramses, rugs and Rochester all found their way into my poem. Then foregrounding Chin’s own procedure in my poetic practice, I collaged and cannibalized the first section of my own poem, taking one word from each line to create a new poem that is represented in the second section. In the third and final section, I enacted the same procedure once again, taking one word from each line to create a final line, which ultimately—and surprisingly—summed up the entire process I had been undertaking: “play[ing] until words form[ed] new unknown dimensions exploding forever.” While Chin used X-Acto knives to create his Max Ernst-like collages, I used the cutting tool of the mind to free words from their context to create a reimagined reamalgamation that speaks to some of the same concepts of archival meditation and meticulous composition that Chin’s installation does. 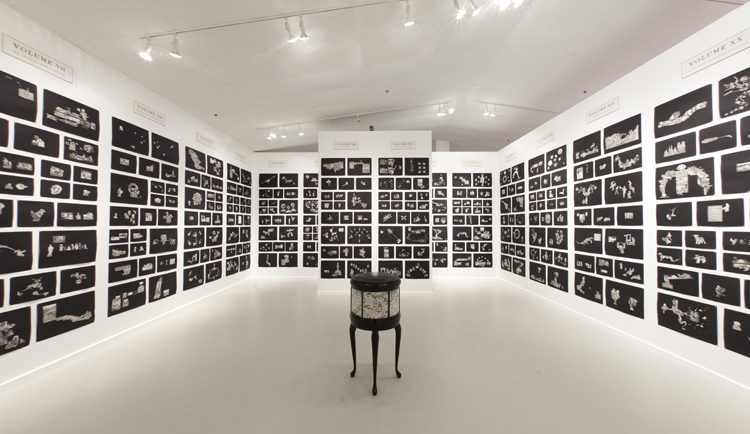 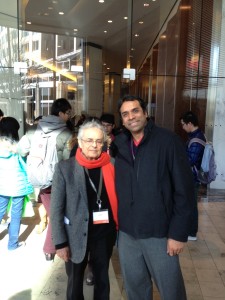 Ravi Shankar is the founding editor of Drunken Boat and author/editor/publisher of eight books & chapbooks of poetry, including Deepening Groove, winner of the 2010 National Poetry Review Prize, Language for a New Century: Contemporary Poetry from Asia, the Middle East & Beyond and The Hide-and-Seek Muse: Annotations of Contemporary Poetry. He teaches at CCSU and in the MFA program at City University of Hong Kong and he’s working on a series of collaborative poems due out with Carolina Wren press in 2015. He looks forward with some ambivalent trepidation to someday ingesting a Trinidad Moruga Scorpion Pepper, which recently displaced the Naga Viper chili as the world’s hottest pepper.