This month we feature new work from the five finalists from Omnidawn’s 2015 Poetry Chapbook contest:

Notes on Alfred Leslie’s “The Accident” 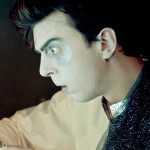 Adam Atkinson is an Instructor of Creative Writing at Interlochen Arts Academy in Michigan, as well as a doctoral student in fag poetics at the University of Utah. He is one-sixth of the poetry collective Line Assembly, and his poems have appeared recently in Dreginald, Makeout Creek, and Twelfth House. 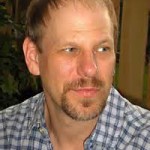 Matthew Cooperman is the author of, most recently, Spool, winner of the New Measure Prize (Free Verse Editions/Parlor Press, 2016), as well as the text + image collaboration Imago for the Fallen World, w/Marius Lehene (Jaded Ibis Press, 2013), Still: of the Earth as the Ark which Does Not Move (Counterpath Press, 2011), DaZE (Salt Publishing Ltd, 2006) and A Sacrificial Zinc (Pleiades/LSU, 2001), winner of the Lena-Miles Wever Todd Prize. A founding editor of Quarter After Eight, and co-poetry editor of Colorado Review, Cooperman teaches at Colorado State University. He lives in Fort Collins with his wife, the poet Aby Kaupang, and their two children.


In the intervening, in the time splitting as pillars,
the cliffs as diffuse as the formerly fading letters.

Now acquired of a red precision.

Left from the excised ensemble: a division
of four in half, or a negative addition to three,

although this wood has a designer. What a photograph,
an injury covered up, on the back, now attributable.

She says but she does not exit, a stone. What broke

these as regular marks repeating.
This gauze was so much smearing. Well it was.

The last word is wisdom, as in celerity, as in don’t.
When I measure you you won’t stay the same.

At the end of a measure, inaccurate, again. 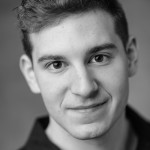 Sam Corfman counts Chicago, Pomona College, the University of Pittsburgh, and Antigonick among his poetry teachers. Other poems from An Opaque Flower Digging (will) appear in Prelude, 1913: a journal of forms, and Deluge.

cast into the dark. cast the dark


the places of midnight up against the vacuum.
in the tunnels, there is nothing like what we look for.
a body in mourning, meaning: the air is heavy
around a hazy center but you cannot see me
through all this salt water anyway. have patience with me,
begins the prophecy in the evening, there is nowhere left
whole for you. i avoid giving my mother books
that mention drowning, especially that include
the worst way to die. i consider tearing out the page
in a particularly good book but decide
she would be suspicious and telling her
that i have avoided it on her behalf
is worse than her reading it alone.

cast into the dark. cast about in the darkness
for the texture. it is predicted to be a cold winter.
the kind that makes us feel our lack of present,
and makes you feel closer to me. because you seep in
through the floorboards given the cracks,
and because we overlapped so many winters.
dear brother, was it the worst way to die?
i can only feel the texture of the dark
without even the comfort of a tunnel,
nor the crimson outline of straight ahead.
the worst kind of dark.

we are as close as we can be. meaning exact.
meaning of the same material. come inside and wait
out the cold. wait out the dark. i wake up with it fit
inside my ribcage, held together in the lavender dark
with all the bricks and herbs i can find. 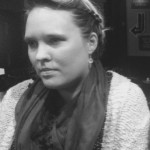 Madison Davis writes about family, water, mourning and disaster. Her recent work can be found in Elderly, Hold: A Journal, The Portable Boog Reader, It’s Night in San Francisco but It’s Sunny in Oakland and Open House. She has been a finalist for the LesFigues NOS Book Contest and her first book, Disaster, is forthcoming from Timeless, Infinite Light in 2016. She lives and works retail in Oakland.


Were said to lure.
Were told luring was sinful.
Were caught on the lure of an otherwise
decent fisherman.
Were paid attention for luring.
Were disrespected for doing it / the prerequisite
double standards of our day.
Were dismissed for deciding not to.
Misunderstood for recalcitrant. Misremembered
as oppositional.
Chided for offering rebuttal.
Based on older manuscripts & traditions.
Not only endured but discovered.
Liban / daughter of Eochaidh / son of Muireadh.
Like an echo of light. Or like
Melusine
in her tub. Pitching forwards. Vanishing
upon the upheaval
of discovery.
Or taken up in a net & paid the mercy of baptism.
Or handling it in some other way.
Definitely handling it.