This month we feature new work from the five finalists for the 2013 Omnidawn Poetry Chapbook Contest:

The Complement of a Verb


I was obedience of ear and delight of eye.
There were senses more but they must remain in the privacy from which they began,
which is in the predicate–expressing what is said in solitary action—
a dense place sometimes difficult to hold as incomplete given my prediliction to want
more.

She has hidden her bird deep inside.

If we assume each new item of vocabulary or new grammatical rule
takes some finite time to be learned, we learn that the human is mortal and weltered,
but the word divine and calling. 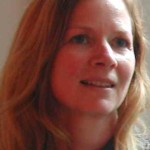 
day-mote spins in sunlight
by the door jamb

my sudden lyric,
your panicked blinking


foreign emblem righted by gravity
while at sea, tell me the west
and east signs of my truly being here—

stretched taut across two consecutive fields
between mountain and mountain


(look down, daughter:
it’s the maze in your navel
in lieu of a ring or a cord)

Sarah Heady is a poet and essayist with roots in New York State’s Hudson Valley. Her first full-length collection of poems, Niagara Transnational (Fourteen Hills, 2013), was the winner of the 2013 Michael Rubin Book Award. Sarah was a founding member of the New Philadelphia Poets, a writing and performance collective whose work was featured at the Philly Fringe Festival, the Bowery Poetry Club and the Kelly Writers House. In 2013 she was a writer-in-residence at Art Farm in Marquette, Nebraska. She lives in San Francisco and writes on human geography, the built environment and American history. More at sarahheady.com. 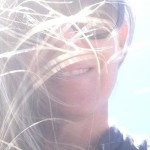 Pattie McCarthy is the author of six books of poetry, most recently Marybones (Apogee Press 2012), and the forthcoming nulls (Horse Less Press 2014) and Quiet Book (Apogee 2015). She is also the author of the forthcoming chapbooks scenes from the lives of my parents (Bloof Books 2013), fifteen genre scenes (eth press 2013) and x y z && (Ahsahta Press 2014). A 2011 Pew Fellow in the Arts, she teaches at Temple University.

Dead Leah among the Aleppo & Olive

For four days & nights Dead Leah was filled with bees. Humming & filled with bees,
Dead Leah appeared to be part of something larger. On the morning of the fifth day, the
bees disappeared just-like-that leaving Dead Leah largely devoid of bees but not emptied.
The scent of creosote began its waft.
Later that day it rained.
Two bees remained with Dead Leah:  one on her left temple between eye-socket & ear;
the other smaller bee on her lower lip:
“hummmm-ummmm” says Dead Leah, “buzzzzz-buzzzz” 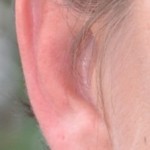 Mary Molinary, who—as it turns out—splits her time between Memphis and Tucson, is the author of Mary & the Giant Mechanism (Tupelo Press 2013) and currently is residing, teaching, and tending bar in Tucson. A Pushcart Prize nominee, her other honors include the Chad Walsh Poetry Prize offered by Beloit Poetry Journal and an Academy of American Poets Prize. Her manuscripts have all been finalists a number times for book competitions including the National Poetry Series and her work has appeared or is forthcoming in a range of print and online journals such as Beloit Poetry Journal, New American Writing, H_NGM_N, Bright Pink Mosquito, Crazyhorse, Poetry International, New Orleans Review, Contemporary American Voices, Pindeldyboz, Jellybucket, and spork. Her work has been performed primarily in Memphis at The Dairy, the P & H Café, and Sparrow House. Experiments in public poetry & art have appeared in league with MAB (Memphis Art Brigade) and will likely appear soon in Tucson.

noway notaway to not look     to say 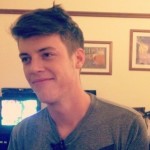 Benjamin Sutton recently won the Kay Murphy Prize from the University of New Orleans and Bayou Magazine, judged by Dawn Lundy Martin. Other poems have appeared or are forthcoming in Best New Poets 2013, The Literary Review, Redivider, Sycamore Review, Salt Hill, and Third Coast, among others.