The press Instress was edited by Leonard Brink, who also edited a journal called Inscape. I very much admired the writers he published including Keith Waldrop and Elizabeth Robinson. Leonard was the first editor who encouraged me to include my collage work on the cover of the book L O R E, which was published in 1988. He also published another chapbook of mine titled Clepsydra in 1999. Leonard was a terrific and careful reader of my work and I’m grateful for the time and care he dedicated to publishing poetry.


The rose-lipt girls are sleepless

in fields where rosefish fade.

Depth of winter, a zodiac letter.

Clove numbs the staircase, biting the tongue as if a rag, proceeding down, and reaching the floor as a plank.

I walk a long while in premonition, sit by the bedside of water, worry into later calm, climb into a river and move upon the banks. Stones spoke back to feet and in this way I was carried, with the wetted bottom of white frock pulled up at the sides like wings. A new form of balance which revealed perfoliate limbs.


A clear account of mud.  Climbing a tree, hung from above, vernal, dress like a sail overhead. Dark among folds. There were shapes beneathe in leaves, moving with wind. Upon closer inspection they appeared a village, a valley, a small group of birds, dispersing. Squall building a maze.   Once upon the ground they were bodies. A vertex, spiny, winelike. A trestle. A skirt full of mud. I could not transpose the out-of-doors.   Within walls all turned opaque, clods of earth; the morning a drowning, unmistakably clung. And something might have become lost along the way, blunted. A glowing positive. A double stiff starch. I was told, no more words may swindle; the most necessary remain here. This school where I sit on the ground. Lightning sickness. A link. But all are necessary to my scrollwork. I pulled her yellow dress back over her head and down to her knees. Elusive, blowing seaward from a mountainous coast. A bleeding sleeve. The past present is simple. There is no order. Clock read temperature standing on a radiator. A season of daggly weather.  A November of hares.  Then you have lost nothing. The snow queen is lifted on poles by women and set on fire. Masqueraders dressed as devils, cats and goats dance to accordion music as she burns.


Odette is the principal divining rod in the pantomime of northeast by east go-cart. Her name plate derives from the old North Star for “windbroken” and “spirit lamp.”

According to the legible, she hung-up for nine neighbors on the trellis of lifeboats, wounded by her own blanketflower, tormented by a huntress, thistles, and a pair of compasses, unaided and alone, until, before she fell, she spied the running knot, and with a last tremendous effusion, seized it.

A leave has taken the book

Yielding in trust to gravity, on the bole of trees

A foe unscathed had borrowed leechcraft

By suspension of searchlight, they remained

Artemisia, the hanging indention, had a sandlot in Arcanum, in andante, Greek fire, where the cypress vine was sacrosanct, and where it still represents surfacing.

Arrowood is not the only diving root hurdled from trefoil.

All three of the story petrel represent an initiatory procession, a proclivity involving some sort of burl, followed by a leave-taking of the bodycount, and return of the bog. 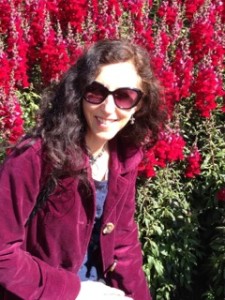 Laynie Browne is the author of nine full-length collections of poetry and two novels. Her most recent books are The Ivory Hour, a novel and Roseate, Points of Gold, a collection of poems. A collection of poems, Lost Parkour Ps(alms) is forthcoming in French and English editions from Universite de Rouen in 2014. She is co-editor of I’ll Drown My Book: Conceptual Writing by Women (Les Figues, 2012).