This essay was adapted from a talk given at Saint Mary’s College, 12 March 2014

“I was hesitant to take the case, having my mind already on another case.”
Norma Cole, “Mars”
(Mars, Listening Chamber Press, 1994)

After I decide to play with the fact of doing an interview, as in “make something up,” I am faced with the notion of “making up” a piece of work to base the interview on. I did, and it’s called “Distraction.” I then begin to think about that wonderful essay by Robert Creeley, “Was That a Real Poem or Did You Just Make It Up Yourself?” So—is there any distinction between “just making something up” and writing “a real poem”?

Which is a little like asking, “did we invent God or did God make us up?” No, I did not make that up. It’s actually almost Mallarmé. In a letter to his good friend Henri Cazalis, in 1866, Stéphane Mallarmé wrote, “Oui, je le sais, nous ne sommes que de vagues formes de la matière—mais bien sublime pour avoir inventé Dieu et notre âme.” (“Yes, I know, we are yet vague forms of matter—but most sublime for having invented God and our soul.”)

To go back to the Creeley essay, he quotes William Carlos Williams, “the poet thinks with his poem.”

And then Creeley writes, “Poems have always had this nature of revelation for me, becoming apparently objective manifestations of feelings and thoughts otherwise inaccessible.” (p. 572, Collected Essays)

So there is the sense of possibility. Think along with me. You have the craft part, but then there is the âme, the soul; and the esprit, the mind, the spirit.

Thinking back through time, I know the first moment when I perceived that what I was doing in my poems was [intuiting] and putting together figures, tropes, images, fitting them together. And I suddenly knew that that was a first step. The next step, and it could take the rest of time, would be to enter into something more penetrating, more complex and yet with clarity, asking the questions that were yet to come to me.

I thought about Milton, the reading and rereading it takes to get to levels of meaning in the work. I did. I thought about the poets whose work I would read and reread throughout my life, and put it to myself: try, I said to myself. Try to wrestle with more difficult things. Things? Ideas? No, not exactly. Questions of meaning and sound, yes really. Things I didn’t know yet. Not just melody, although isn’t the melody enough? Bringing in harmony. And disharmony. Polyphony, syncopation. Location and altercation. Descant.

Descant, that word came to me, I didn’t ask for it. I typed that word, then looked it up to see what the Concise Oxford Dictionary of Music (from 1964) would tell me. It said,
“… a puzzling term because at different periods used with different significances, chief of which are as follows: (1) A melody sung above the Plainsong (which latter normally is the tenor).”

Plainsong, look it up, p. 450. “Plainsong rhythm is the free rhythm of speech; it is a prose rhythm….”

“(2) a part extemporized by a singer to a non-extemporized part sung by another singer. (3) The art of composing or singing part-music. (4) The soprano part in choral music. (5) In modern hymn singing, a freely written soprano part added to a hymn tune whilst the tune itself is sung by the choir’s tenors or by the congregation.”

So, it’s everything the case might be, as Wittgenstein says. In the Tractatus Logico- philosophicus, his early work dealing with the world, thought and language, coming out of his notebooks from 1914 and 1915, published in German in 1921, in English in 1922, translated by C. K. Ogden, it’s constructed around seven basic propositions (and here I almost get derailed thinking about proposition and preposition, the pro and the pre…).

The first proposition is:
1) The world is everything that is the case.

Hmm. Poetry, I think. I think of Laura Moriarty’s rich and beautiful book of poetry called The Case (O Books, 1998). She is thinking of a court case, and thinking of Wittgenstein, and thinking of detective cases—Laura and I read detective novels—and everything that is the case, including the case of cancer from which her husband, her first husband, poet Jerry Estrin, died. (Now she’s married to Nick Robinson, musician & librarian, brother of Kit, the poet.)

On the cover are photographs I took of Laura pouring something—mud? Sand? Ash? Onto the ground? Sea? Lake? She is scattering Jerry’s ashes at Pyramid Lake in Nevada. They used to go there, to, like, vacation. To sit at the lake for days in a little old motel, read books and write. Poetry. 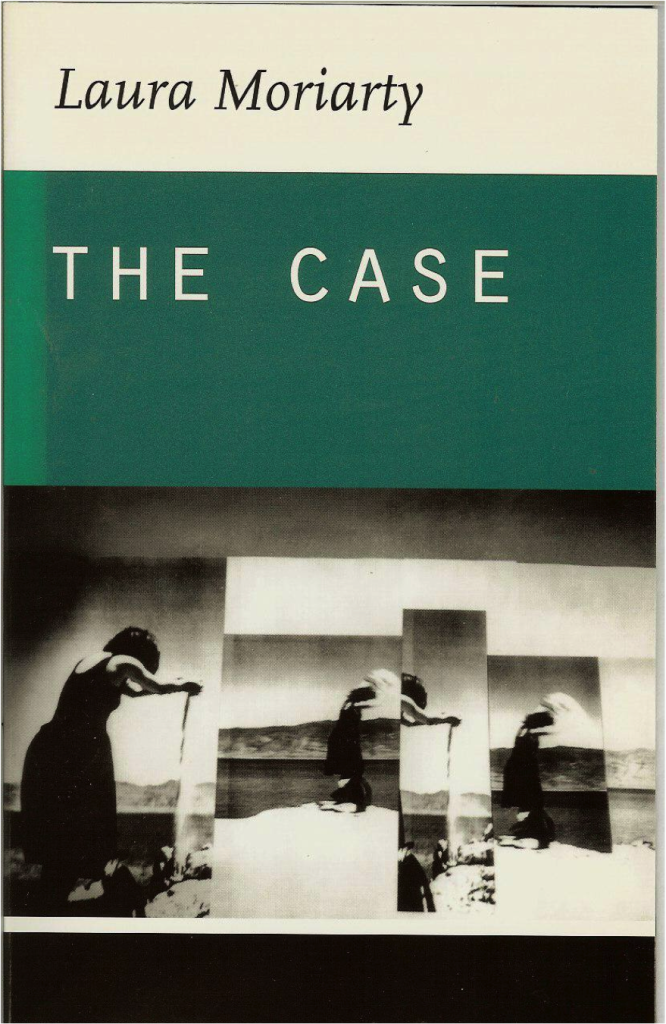 See what I mean? It can get really complex and yet… clear as… glass! In fact, “the interpenetrating sort of relationship that we expect of poetic art…”

This phrase is from Robert Greer Cohn, from his book, Mallarmé Igitur (University of California, 1981) which I picked up—it was on my bedside bookstand—idly, trying to think of what I wanted to speak to you about. “Idly” in this case means “deliberately,” not knowing what I’d find, challenging myself to find something that I’d want to think further on. Idleness is the poet’s best friend.

I’ll read a bit from Moriarty’s The Case, from the poem, “The Case,” of which there are 5 sections: Argument, The box, Widow, The bride, The release. 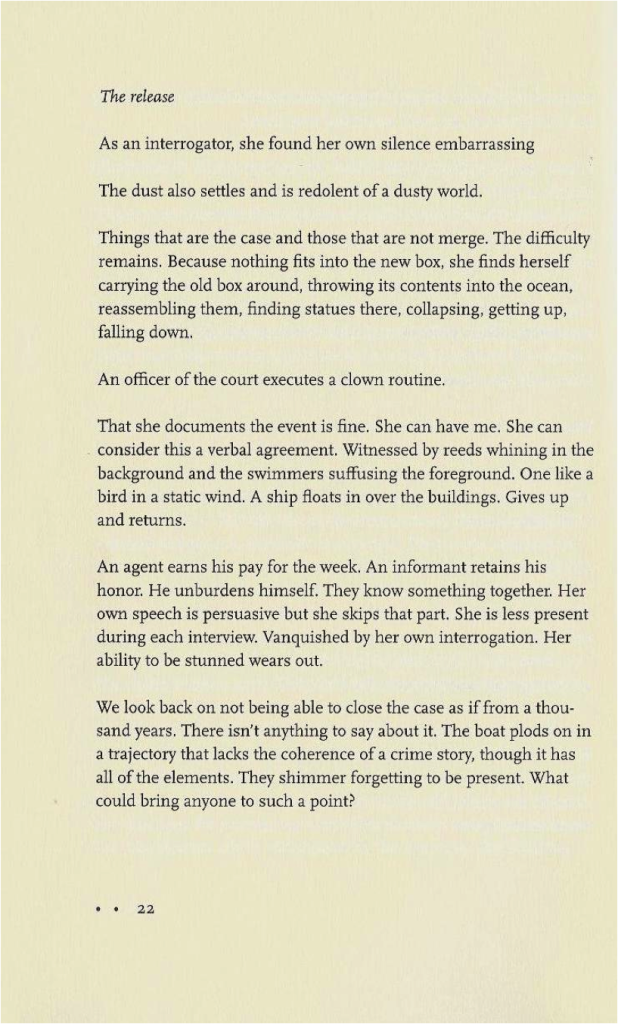 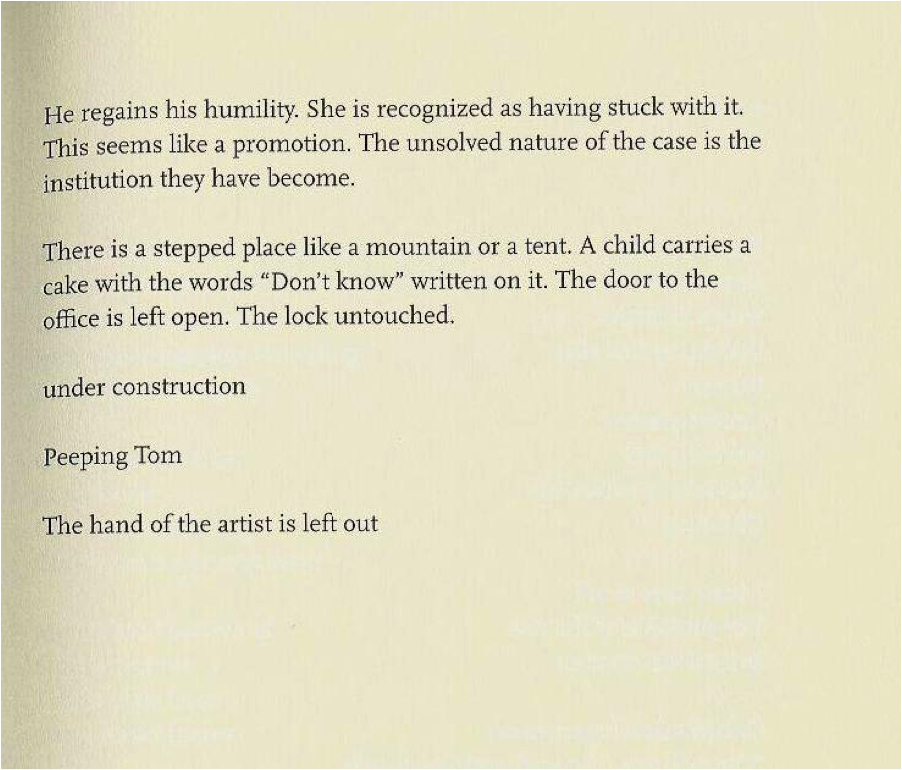 Distraction: the interview and the piece called “distraction”

Now I’ll read “Distraction” and “the interview”—the “making something up” I talked about way back in the first paragraph, when I needed to give the administration a paragraph of something, but I had no idea—I didn’t know you yet, didn’t know back then (over a year ago) what we would be thinking about now. I told myself back then that I could always read this as my back up piece. But I wrote “the talk,” so now instead of the back up piece it becomes a footnote. I’ll read the footnote.

THE NEXT BIG THING INTERVIEW

What is the working title of the book?

Where did the idea come from for the book?

When I couldn’t read any more I began to write. No, that’s clearly not true, although it sounds good. I began writing this as a paragraph or two, on my phone, in “Notes.” I didn’t have an idea of what it would become.

What genre does your book fall under?

What actors would you choose to play the part of your characters in a movie rendition?

What is the one sentence synopsis of your book?

Memories are made of this.

How long did it take you to write the first draft of the manuscript?

I am just getting started. The first paragraph was written a long time ago.

Who or what inspired you to write this book?

What else about your book might pique the reader’s interest?

Will your book be self-published or represented by an agency?

…a tendency toward silence
Paul Celan

When I was young, in Toronto, I used to listen to the radio, as I do now in San Francisco. There was a program the name of which I could not make out. Was it called “Maple Leaf Ballroom” or “Make Believe Ballroom”?

Waiting at the rehab, rereading the poem Cid Corman wrote for Anne-Marie Albiach. I read it on my phone, but if I had received it on paper in a letter, I would have brought it along.

Although someone had clearly been responsible for building the tiny park between warehouses on the bay, no one was looking after it now. Looked after or not, there were some young trees, a walkway, small rocks lining it. Even so, no end to Monarch butterflies twirling in pairs, white herons and gulls, and some other smaller shore birds walking or standing in the ebb and flow.

UBFRAGD on a license plate. The man ran with his dog, then put him back in the truck and drove away.

“My mother wanted me to become a doctor.”
Boris Akunin, “Paradise Lost: Confessions of an Apostate Translator” p.16, TLS, 2/15/13

My father thought I should play the harp, then “because of your French” I should be an interpreter at the UN. He thought I should be the person who at a party sits down at the piano and bangs out some tunes. We didn’t have a piano when I was growing up so I didn’t learn to play. Eventually my mother bought a used upright and put it in the basement under the stairs after having it painted grey.

invisible speech is not silence(d)

In those days, a few vans and trucks were still pulled by horses. One Saturday my father’s friend was late. He was late to take me to Niagara Falls to see our cousins who lived there. He came into the house telling us that in the street a horse had reared up and came crashing down on the hood of his car, so we couldn’t go to the Falls that day. 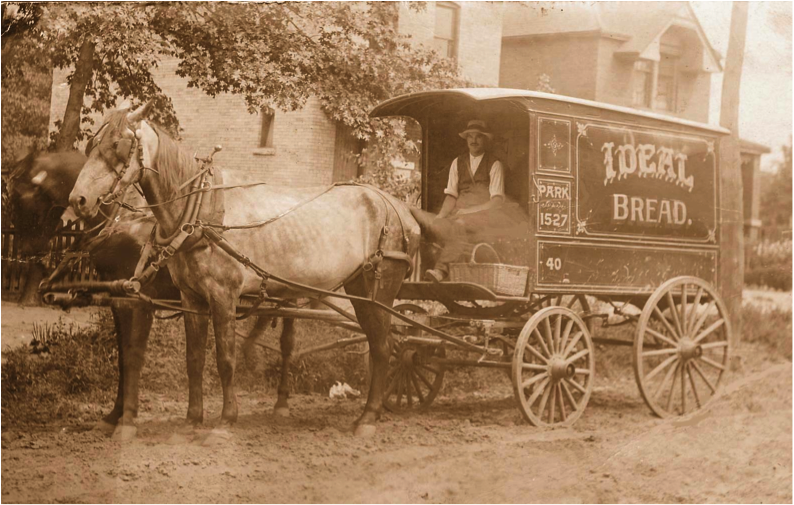 I don’t know what those flowers are called so I’ll just name their colors: red, mauve, orange. 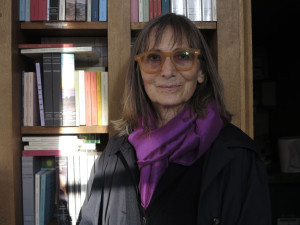 Norma Cole’s most recent book of poetry is Win These Posters and Other Unrelated Prizes Inside. TO BE AT MUSIC: Essays & Talks made its appearance in 2010 from Omnidawn Press. Her translations from the French include Crosscut Universe: Writing on Writing from France, and Jean Daive’s A Woman with Several Lives. Actualities, Cole’s collaboration with painter Marina Adams, is forthcoming from Litmus Press. Her paintings & drawings will be shown at the 2nd Floor Projects in Fall 2014.